How We Can Move From Heaviness to Hope 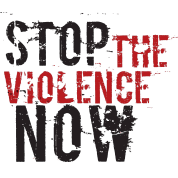 Listening again to helicopters hovering overhead downtown last night after watching media coverage of the ensuing protests across the country, I couldn’t sleep. I kept playing over and over in my head the conversations I’ve been having with two APS graduates who are black males. 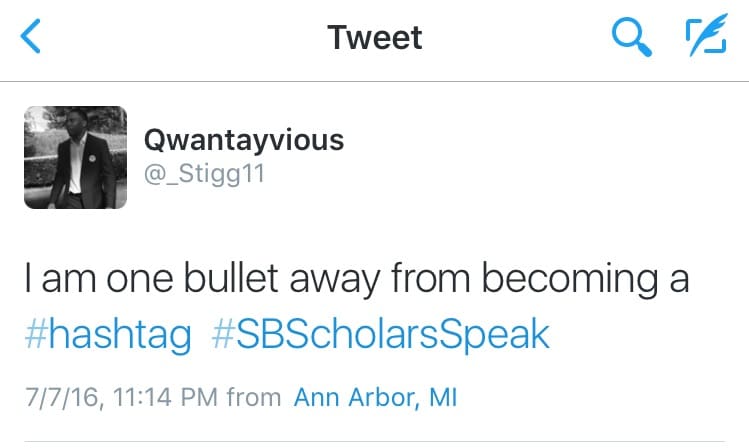 “I am one bullet away from becoming a #hashtag.” A heartbreaking tweet from Qwantayvious, my beloved mentee from BEST Academy, now attending the University of Michigan, and one of the most level-headed and focused young men I know.

As he explained his tweet to me, I was overcome with emotions. “You are not them; that’s not your life now or ever,” I rebutted.

“It’s true. You don’t believe me? No matter where I go, when a cop sees me they always think I’m up to no good just because of how I look, so I always have to watch what I do and what I say, but that’s not enough. Simply being in the wrong place at the wrong time can get me killed.”

How could a college-bound high school valedictorian growing up in America in 2016 live with such fear always in the back of his mind?

As I was working through the anger and sadness this tweet conjured up for me, I received a call from my other beloved mentee, Amadou, another former BEST Academy valedictorian who recently completed his freshman year at Stanford.  I was troubled as I watched Amadou struggle with what he saw in videos on the Internet. I could see his face was clearly distraught even on my grainy iPhone screen on FaceTime. My stomach dropped when he said he feels safer in a developing country in West Africa (where he is working in a children’s hospital this summer) than he would be in this moment in America. 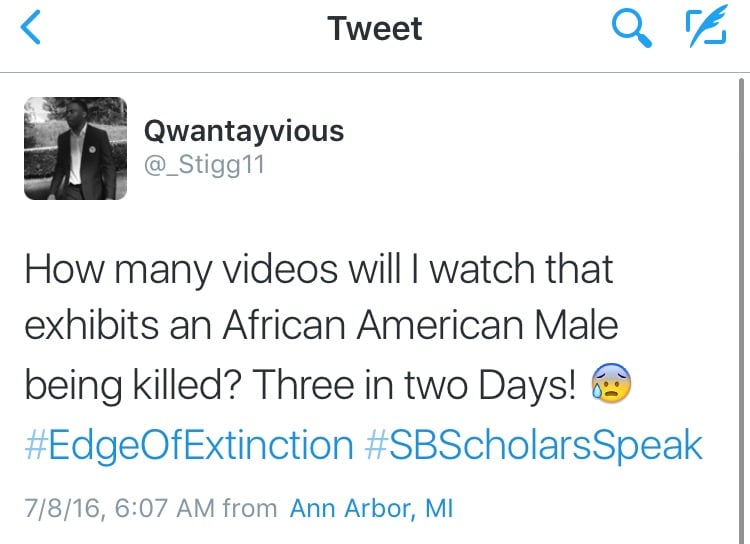 The heaviness that came over me following those two conversations was not unlike the emotions I felt on June 12 when I awoke to the news that a gunman ended the lives of 49 victims and injured dozens of others at a gay nightclub in Orlando, Florida.

Said simply, this is not the America our children deserve. And it’s not the way our police want to be perceived. While it is overwhelming to think about the magnitude of the problems and the history of injustice upon which our country was built, I have always been someone who believed America was capable of much better. And I still believe that, which is why I maintain a sense of hope and optimism even when it seems as if we are facing some of our darkest moments as a nation.

Much of what gives me hope is that I have the privilege of working with children – 50,000 of them, many of whom are so inspiring like Qwantayvious and Amadou! And I have come to believe that the transformational cultural shifts we must have in our country must begin in the schoolhouse where young, impressionable minds gather each day with their hearts and minds open to receiving new knowledge and open to having their ideas challenged. Indeed, the landmark Brown vs. Board of Education decision of 1954 forced children to grapple with issues of race and inequality in classrooms across our nation, and I am convinced that it was the children of that generation who paved the way for the progress we have seen in race relations over the last several decades.

While I am deeply saddened by the tragic events of the last few weeks, I am holding onto hope because I know that school is about to start back in a few weeks, and I believe the students of Atlanta Public Schools can truly be at the epicenter of much-needed change in our community.

But it means we must teach them these skills.

As we prepare to welcome our students back at such a pivotal moment in time, I know that work is already underway in APS to position our students to be the caring people we need them to be for our country. For some, I know this may be hard to believe, but there are deliberate and specific efforts we are undergoing to make these changes.

For example, over the last two years, we have worked in partnership with the Anti-Defamation League in rolling out a “No Place for Hate” program across all of our schools. The initiative is designed to rally the entire school around the goal of creating a welcoming community committed to stopping all forms of bias and bullying.  While there is much work to be done in this area, we are starting to see progress as we work aggressively to address and prevent bullying, cyberbullying, sexting and other digital abuse, as well as educate against homophobia, racism and hatred.

At the same time, we have made the teaching of social and emotional skills a district priority. These skills are critical for the long-term academic and psycho-social success of our students. If students can persevere, set goals, overcome obstacles and develop healthy relationships, including with those in law enforcement, we know they will have a fighting chance. I have written extensively about this social emotional learning (SEL) initiative – most recently here. We began rolling out the program last year with a partnership with the Collaborative for Academic, Social and Emotional Learning or CASEL, and it will move to a total of 65 APS campuses this fall with full district-wide implementation planned by the fall of 2017.

On one hand, I know that alone APS will never be able to solve feelings of mistrust and fear that some of our students have of law enforcement. On the other, I have heard and experienced many stories of our city’s police officers supporting and inspiring our kids to the point of even turning around the student’s life. And we want more of that because both students and officers should feel welcome, safe and respected in our school community. Building more bridges between our students, especially our African-American students, and those in law enforcement is part of the restructured plan for our safety and security department.

The new APS Police Department – which launched with a beautiful swearing-in ceremony last month – will be just as groundbreaking and innovative as our SEL efforts because our 67 new APS police officers are expected to be in alignment with new TRIAD-model research for Pre-K through 12 learning environments. They will also be teachers, counselors and mentors for our students as their crucial training and skills in police work and emergency management have been adapted to work in a variety of educational environments.

As a district transforming into a strong, child-centered system that helps our students to become more self-aware, accepting and respectful of one another, we will have officers who have been specifically selected for a new type of policing in our schools and who have been trained in SEL, positive behavior supports and restorative justice.

While our “No Place for Hate” initiative, our SEL work and our new APS police department give me incredible hope, perhaps what is most inspiring is the “other” work that I know is happening in schools across our city each and every day – the work that is not formalized and will never get measured on standardized tests. It’s the work that naturally happens when you have caring adults making authentic connections with students. I know that we have many educators who are teaching our students about their history and helping them recognize their self-worth. I know that others are mentoring students who may feel disenfranchised and giving them the skills to manage through turbulent adolescent years.

With the very worst of American fear rearing its ugly face over the last few weeks, I have faith in the educators of Atlanta Public Schools who are committed to addressing bigotry when they see it and who are working daily to empower our students with the social-emotional skills they need to thrive and to have hope in a world that can seem so daunting. I also have hope because I believe the research and have seen in practice that the skills of empathy and caring can be taught, and I believe in our children and their capacity to be a part of the solution our country is so desperately seeking. I hope you can believe in that too.