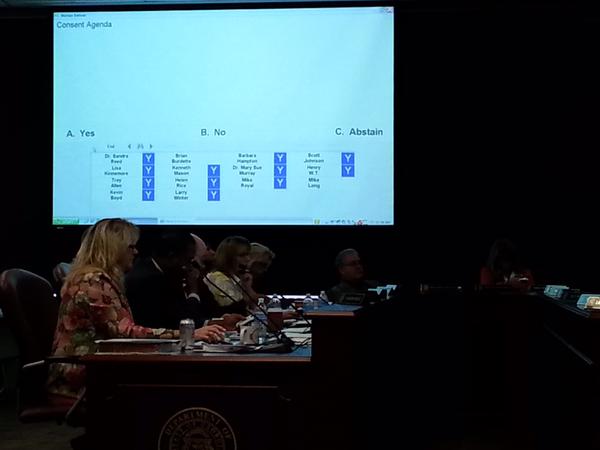 A photo from this morning at the SBOE monthly meeting, where the board approved Atlanta Public School’s application to become a charter system for the 2016-17 school year.

For so many members of our APS team, after years of watching the public school charter system legislation unfold in Georgia, it seemed impossible that what happened today at the Georgia State Board of Education’s (SBOE) monthly meeting could happen for APS this quickly and with this much support. Though, like Alice in Wonderland, “Sometimes, I’ve believed as many as six impossible things before breakfast.”

Grow, lead, transform. Those are the words that come to mind as I reflect on the vote that took place this morning at the SBOE monthly meeting, where the board approved Atlanta Public School’s application to become a charter system for the 2016-17 school year. In some ways, it feels like the end of a long journey. In other ways, it’s just the beginning, and it is not impossible.

From the 700+ pages of Title 20—Georgia’s voluminous code of education laws—and other regulations that are well-intended, but that can stifle innovation and that don’t necessarily make sense in every context, each district is allowed to find its own voice and plan of action for its students.

The concept then—and now—is that a charter system operates under a contract with the state. The district signs the contract committing to continuous improvement and sharing the authority of the superintendent with the principals and local school governance teams. The state agrees to give the district broad flexibility from state laws as well as State Board of Education rules and guidance (except those laws and rules that safeguard health, safety, and accountability). Flexibility does not extend to federal laws like civil rights and Title I. 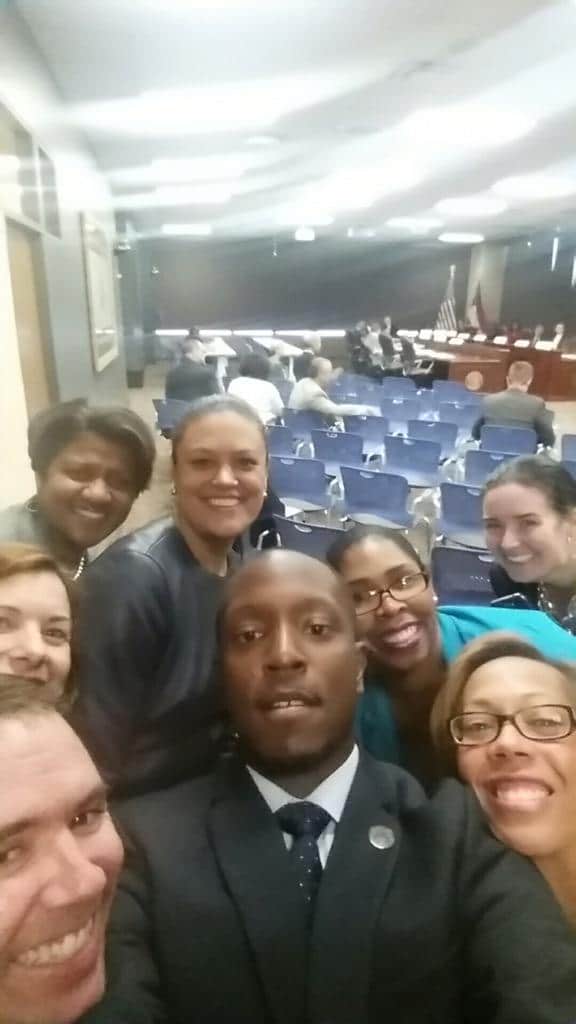 Our presentation team was pretty awesome!

While APS was late to the party when it came to considering what operating model was right for the district, we packed a ton of work into the last 14 months, and the community tried to be with us during every step of the process. It was hard though, as the pace can be daunting even for those who are committed to this type of work. The approval this morning was the culmination of dozens of community meetings; hundreds of one-on-one conversations; hours and hours…and even more hours spent learning with the Charter Advisory Committee; countless consultations with our colleagues at the Department of Education and other charter systems (Fulton, City of Decatur, City of Marietta and Putnam County deserve special shout-outs for helping us); monthly presentations to and two votes of the Atlanta Board of Education; and more late nights and personal sacrifices from my colleagues here in the district than can be mentioned.

All that work really paid off—our application was submitted on June 24, and we went to an interview with the state’s Charter Advisory Committee (CAC) in August. The CAC unanimously recommended approval of our application after we sent in a few written responses to some clarifying questions.

The dedication of the district’s educators, leaders and community members continued to pay off yesterday. Usually, the SBOE reviews charter applications for information one month and then moves it for approval the following month. For us, that would have meant approval in November because the state board goes on a retreat in October instead of having a regular meeting. The SBOE’s Charter and District Flexibility Committee was impressed with the quality of our team’s presentation and unanimously recommended that the approval of our application be moved to today’s SBOE consent agenda for a vote of the full board. That means we went from application to approval in three months! Whew, that was fast and intense but it is now so rewarding.

Now, of course, more rigorous work begins. And I must admit, I believe this is the fun part. We have the opportunity to open up the leadership table of our schools and our district in a way that will provide equity of voice and that will build leadership capacity in all parts of the city.

While our contract with the state won’t be effective until 2016-17, we aren’t waiting to lay the groundwork for this new structure. What you can look forward to seeing during the 2015-2016 school year is:

A very special shout out to two folks who have been dedicated to this work in APS for some time, even before my arrival. This effort is led under the skillful and dynamic leadership of Angela King Smith, my Special Assistant, and supported not only by her team, but by our Policy Director Rebecca Kaye. They work with the input and support of the Charter System Advisory, our Board of Education, (and I must specifically thank Chair Courtney English who testified on our behalf), and many, many others who believe in a future APS where students love to learn, educators inspire, families engage, and the community trusts the system.

Today was an incredible day in APS – we are growing – and while it feels good, it does come with some pains. I hope we don’t get too overwhelmed with the work ahead. We are so excited and there is much work to be done…I may just print out the King’s advice to Alice and post it prominently in my office, in case we forget our way.

“Begin at the beginning,” the King said, very gravely, “and go on till you come to the end: then stop.”