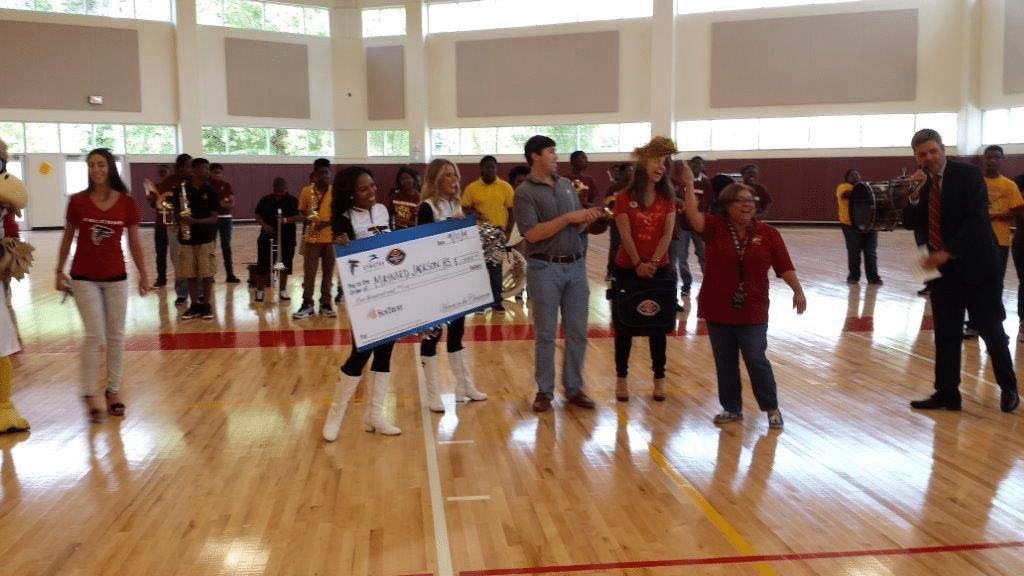 Congratulations to MHJHS Spanish Teacher Mrs. Maria Lopez! This morning Mrs. Lopez was surprised by SunTrust Bank and the Atlanta Falcons and named a Symetra Hero in the Classroom.

Chartez Bailey, a MHJHS student, nominated Mrs. Lopez for the award and today.  Mrs. Lopez received a $1,000 donation for the school, two tickets to watch the Falcons play the Tampa Bay Buccaneers, VIP sideline access at the game and other prizes including game day gear from the Falcons.

Each school year, the community program Symerta Heroes in the Classroom presented by SunTrust, recognizes 16 Georgia teachers for outstanding leadership and instructional skills during the school year.  Mrs. Lopez joins a select group of APS instructors – the district had three teachers selected for this award during the 2013-2014 school year.

Congratulations Mrs Lopez, and thank you, Chartez, for thinking enough of your teacher to nominate her for this honor.